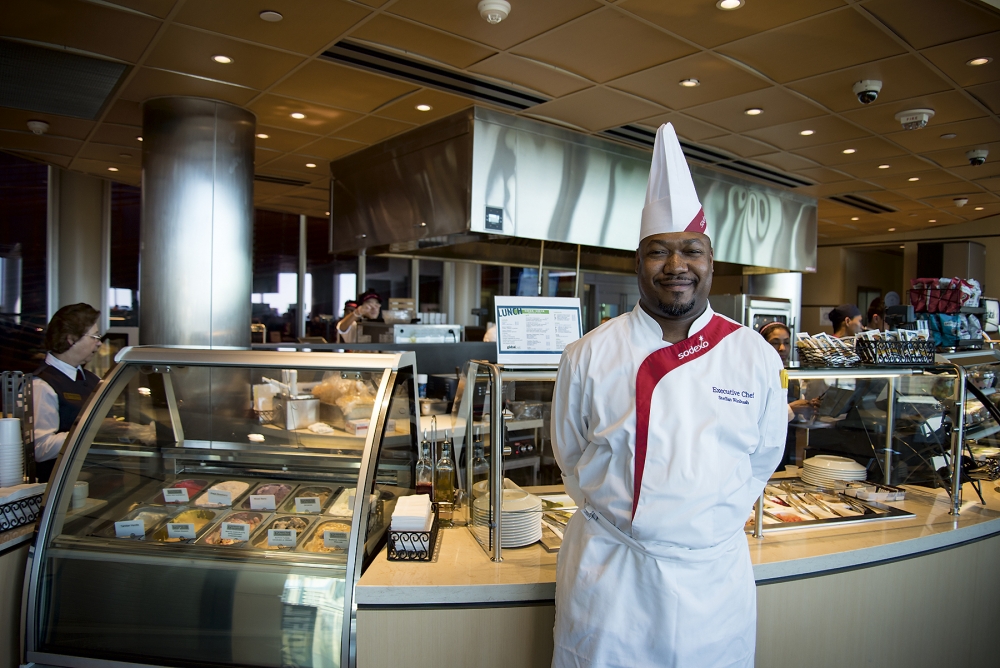 The Global Café is packed with students during lunchtime. The air is buzzing with conversation and students stand in line, eager to get their food. Others sit at tables, eating their meals as they review notes and talk to friends.

Steffan Winbush, the executive chef of the Global Café, smiles at the scene, proud of his handiwork.

“A long time ago, I learned that you don’t cook for yourself, you cook for your client,” Winbush said. “As long as the client’s happy, I’m happy.”

Winbush has been a chef for 24 years, and has worked for Sodexo for the past eight. He graduated from the Culinary Institute of America and went on to work in New York, Washington D.C., New Jersey and various southern states.

Over his years, Winbush worked alongside chefs from Africa, India, Japan, China, the Philippines, England, Germany and the United States. He even cooked for people like President Clinton, Tom Cruise, Whitney Houston and Robert De Niro.

To read more on this article about Steffan Winbush, go to: The Daily Gamecook’s website.

Facebook Comments:
What do you think of this post?
Global Café, steffan winbush, University of South California, USC