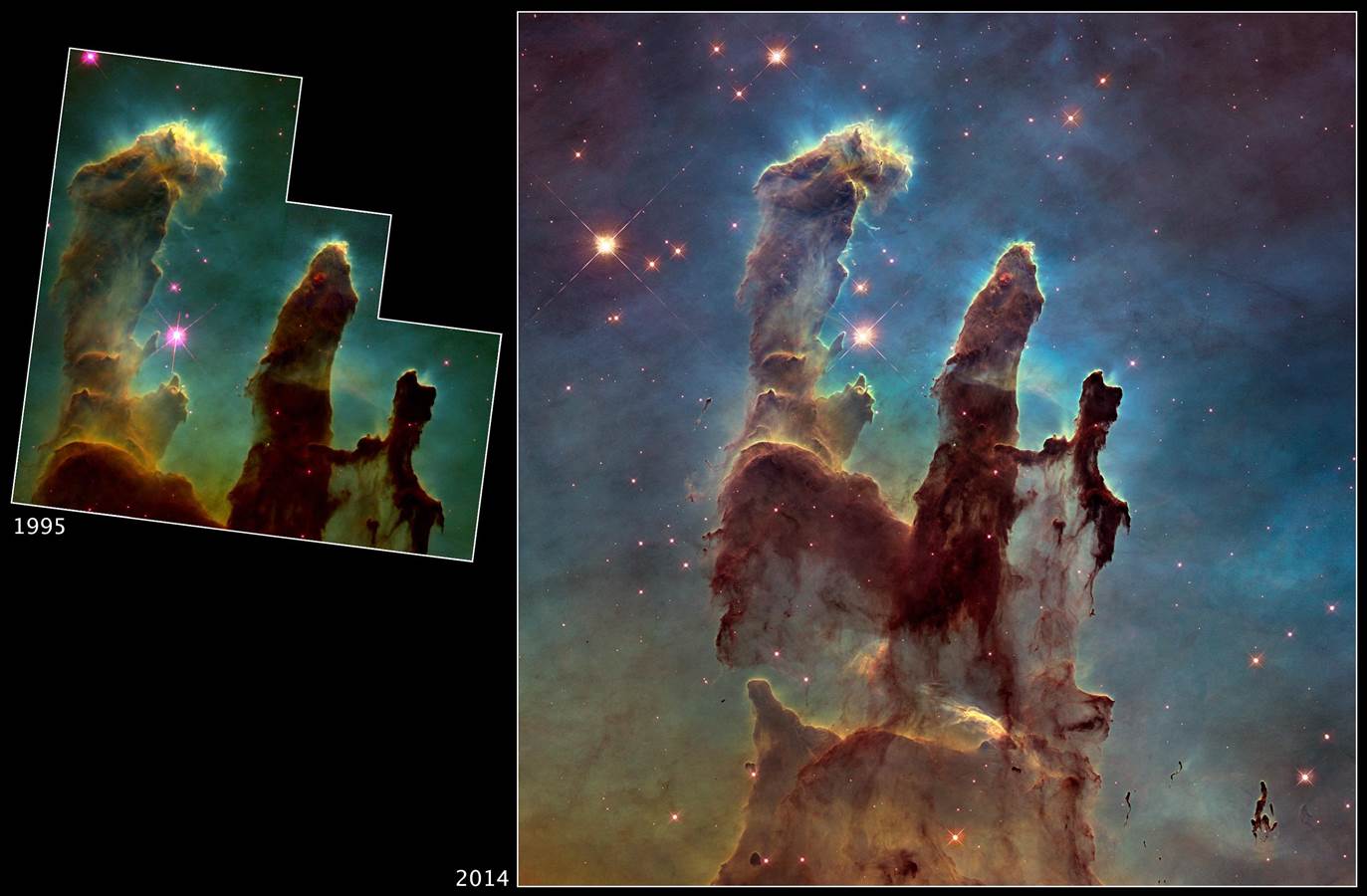 In celebration of its upcoming 25th anniversary in April, the Hubble Space Telescope has returned to the site of what may be its most famous image, the wispy columns of the Eagle Nebula, and produced a stunning new picture. “The Pillars of Creation,” located 6,500 light-years away in area M16 of the distant nebula, were photographed in visible and near-infrared light with the Hubble’s upgraded equipment, and the result is as astonishing now as the original was in 1995. Hubble went online in 1990. The anniversary imagery is being revealed at the American Astronomical Society meeting in Seattle.

Not only does the enhanced detail make for beauty, but astronomers can see how this corner of the nebula has changed over the last two decades. One small jet-like structure, for instance, has been cruising at about 450,000 miles per hour, traveling 60 billion miles — though it’s hard to even spot the difference, so vast are these cosmic columns.

“We have caught these pillars at a very unique and short-lived moment in their evolution,”explained Arizona State University’s Paul Scowen, who also helped capture the 1995 original. “The ghostly bluish haze around the dense edges of the pillars is material getting heated up and evaporating away into space.”

Don’t worry, though: the nebula will still be around 20 more years from now for another snapshot.